you have asked for the specific incidents here are few of witnessed---
What I’ve gathered from my experience is that, It’s not the act of eve teasing we have to fight with rather the ‘mind set’ towards the women in a city where nobody is there to claim that it’s mine and I’ve to preserve its reputation.
Posted by J at 12:46 PM No comments: 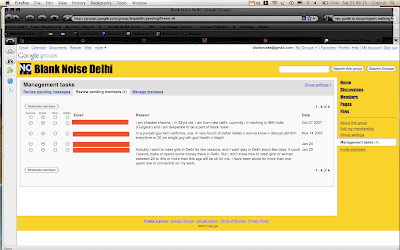